How clarity of purpose improves employability chances
Adiba Ahmed
May 5, 2017

Sometimes while aiming for the higher rungs on the ladder we overlook the fundamental steps. Clarity of purpose, tends to be one such neglected step. A clear blueprint of what you wish to do and what would it take to be there increases chances of achieving it. So all the things we plan may not happen accordingly but the clarity of where we want to reach can help in structuring and restructuring that plan.

Creating this lucidity of purpose is not an easy task. For everything we want to achieve does not come with a success manual. This confusion of finding a roadmap strikes us mainly in our transition phases, the times when we take major life decisions. One such decision is choosing a career path after college. The confusions about which path to choose, what to do, where to start with, etc. is a common thread. 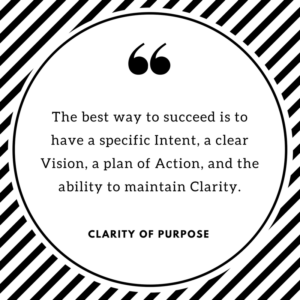 This agonizingly confusing phase is what makes the difference. Some find a purpose out of it and well, some tread the hit and trial method to find there right game. Which may or may not be successful. So what is it that makes this difference?

Is lack of exposure the issue, does not knowing what the market needs an issue or not finding people who can mentor an issue. If we think about it, none of them can be an ‘issue’ in the era we live in. The world is just a couple of clicks away, we are shifting towards a knowledge based economy, exposure is everywhere around us.

So it is safe to say that rather than having exposure- finding exposure can be a problem. Some quote talent as a factor. It is a factor if we compare two different categories, a musician and a dancer, a doctor and an engineer, etc. But if we compare a student from tier 1 and tier 2 college, than the difference is not huge. The skill set is same in general, the level of polishing is what makes the difference. And than neither tier 1 colleges assure 100% placement and nor is the situation that tier 2 colleges don’t give rise to exceptional students.

With that we can establish that the two main confusion pillars are out of the game. We can no longer make exposure or talent an excuse.

In one conversation with some of my colleagues (some of who completed their education one or two years backs) I realised how clarity of purpose becomes the differentiator. One of my colleague said, “When I see my friends now after more than a year of college, I feel I got lucky. Some of them made choices on the basis of parameters they had no idea about and ended up waiting for more than a year for their offer letters to join an organization where they are just sitting on bench without a project. On the contrary, I went ahead with what I wanted to do the most, not the most popular option but the one I saw would make a difference for me and I know I have travelled miles in a year because of it.”

After this conversation, the word clarity did made more sense.