Despite the fact that India is an agricultural country where agriculture is the primary source of income for over half of the people, farmers confront appalling conditions. These scenarios typically arise when crop products do not meet expectations because harvests have been ruined by pests or harsh climatic conditions, leaving farmers with hefty farm loans.

While core areas of it are still labor-intensive, farming-related information and knowledge dissemination can hugely leverage growing advancements in technology to avoid these scenarios by improving farmers’ access to information and expert guidance (e.g., knowing weekly weather updates and how to treat pests to impact yield significantly).

Digital Green is one such organization that recognizes this and works towards empowering smallholder farmers by creating a world where farmers use technology to build prosperous communities.

In July 2021, Digital Green started their journey with Glific for their WhatsApp based chatbot program for smallholder Chilli farmers in Andhra Pradesh by sending timely advisory information that will help them with preventive steps from Leaf Curl, a plantation disease, and curation steps if their crop is already manifested with the disease during the crop cycle. 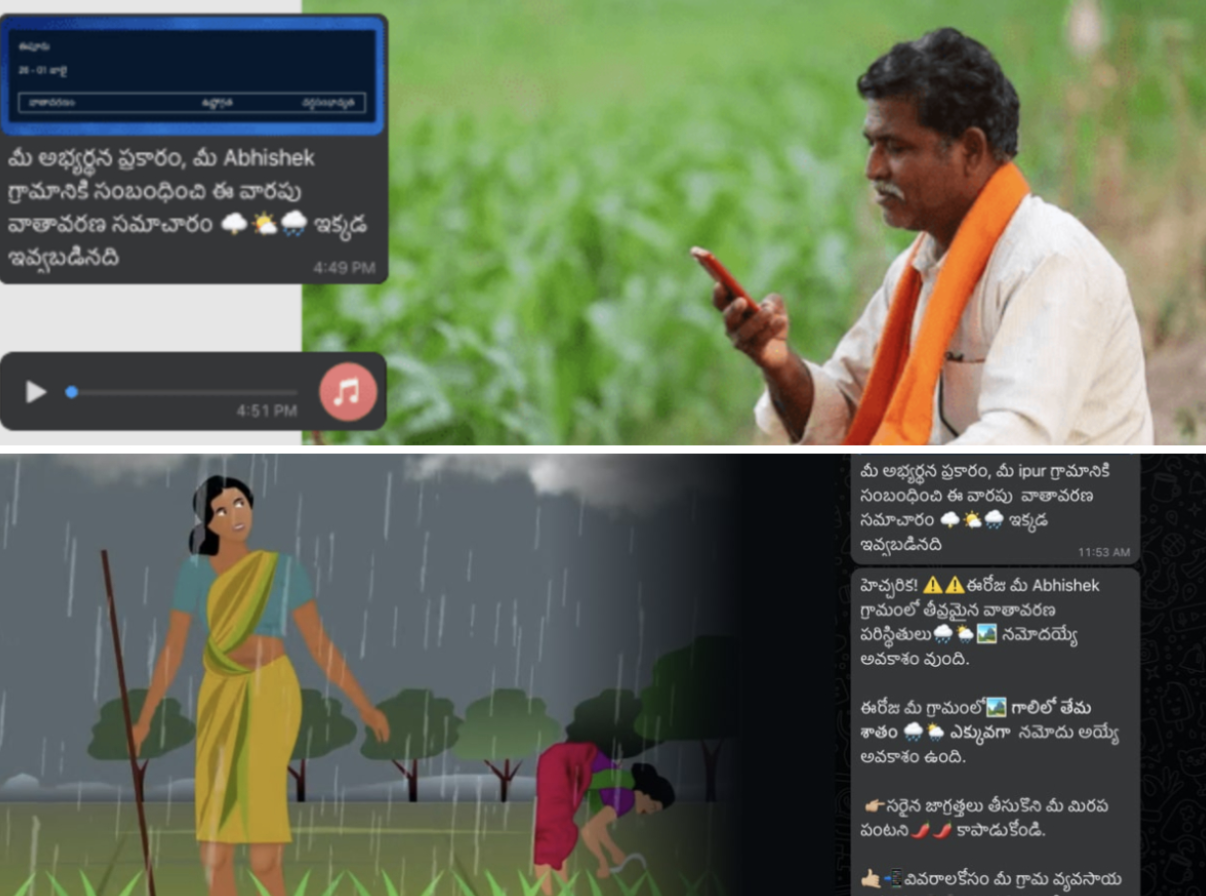 Read more about their journey here

For this year Digital Green is planning to roll out two Whatsapp-based chatbots in the upcoming Kharif season. The bots are planned to run for 11 months starting from May’22. One bot would be launched in Andhra Pradesh with RySS and the other in Telangana, an initiative of govt of Telangana under Saagu Baagu project.

The RySS chatbot is a Telugu text-based chatbot. It will be a pull-and-push bot that will span 26 districts in Andhra Pradesh and will cover all of the primary crops for each district, namely Cotton, Paddy, Groundnut, Bengal gram, and Chilli.

The RySS bot has been launched on 25th May 2022 for more than 5000 farmers. They will interact with the bot for the next eight months, while the DG team monitors the insights at each level of user interaction in the flow via the data studio dashboard.

In this article, we’ll look at how Digital Green has been utilizing Glific to deliver messages via Whatsapp, as well as some of the trends that they captured in their custom Datastudio dashboard.

The Digital Green team will be monitoring their RySS chatbot with these numerous metrics and custom filters.

These chatbots are a huge step forward in terms of empowering farmers by combining the collective power of technology with grassroots partnerships, and we at Glific are equally excited to be a part of their journey and support them in technical aspects so that they can reach a larger audience and have a greater impact.